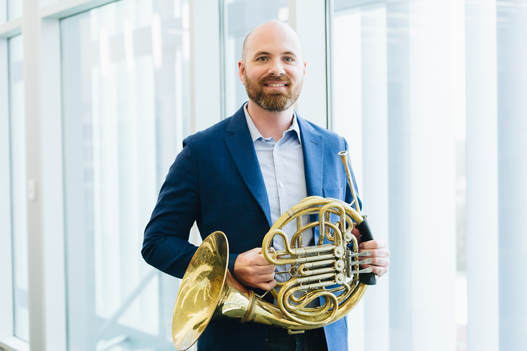 SSG Weber spent six years as a  soldier in the North Carolina  Army National Guard's 440th Army Band.  The unit is stationed in Raleigh and performs regularly for the public, state government, and military functions.   While enlisted, Benjamin graduated as the Distinguished Honor Graduate from the Army School of Music's Advanced Leader Course and was selected nationaly as a member of the National Guard Army Band's Mobile Training Unit's mission to Guam in 2016.   Benjamin is also a passionate teacher working locally with the UNCSA Community Music School, the Salvation Army's Music Conservatory, and maintaining an active private studio.

Outside of music performance, Benjamin has a strong passion for wine and travel.  He currently holds a level one certification from the Court of Master Sommeliers and works as a representative for American Premium Beverage.