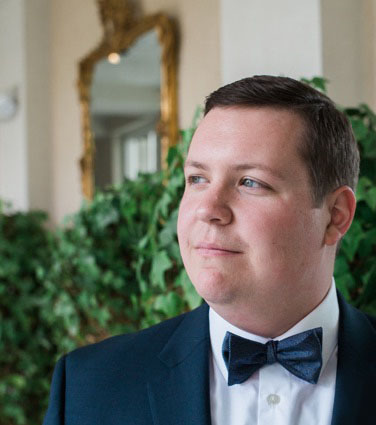 Brannon Kling began by playing baritone in the seventh grade.  He studied music at Appalachian State University where he received a Bachelor of Music in euphonium performance.  He attended graduate school at the University of North Carolina at Greensboro where he earned Masters of Music degrees in euphonium and trombone performance.  Brannon also completed a post-baccalaureate certificate in music theory during his second Masters.  He is currently in his second year of pursuing a Doctorate in Music Arts in trombone performance at UNCG.

In addition to being a full time student, Brannon is freelance performer and educator.  He currently serves as the second euphonium player in the Piedmont Wind Symphony as well as the trombonist for the UNCG Graduate Brass Quintet. He has previously played in the pit orchestra for Greensboro Opera productions. Brannon has performed in ensembles that have accompanied groups such as the Greensboro Choral Society and Bel Canto Company. He has taught dozens of students privately in the Triad area since returning to Greensboro from Appalachian State and is currently teaching a brass methods course at UNCG as part of his graduate teaching assistantship.

Brannon lives in Greensboro with his wife Kristin and dog Gatsby.