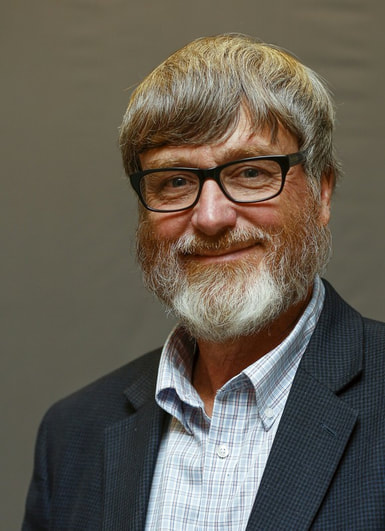 Ed Kiefer graduated from Wake Forest University with honors in 1976.  He received his Masters in Music Education in 1990 from the University of Greensboro.  He served as the Director of Bands at East Davidson High School in Thomasville, NC for 28 years and as Director of Instrumental Music at Pfeiffer University for 6 years.  His wind ensemble and jazz bands have performed at the state MENC convention numerous times, where he has also presented clinics on four different occasions. Ed adjudicates regularly in marching, concert and jazz festivals and has adjudicated festivals all across the country.  He has served as clinician for jazz and wind ensembles for many county, district and state events, including North Carolina All-State, honor clinics in 12 different states and regularly adjudicates the South Carolina state jazz festival. Kiefer was awarded the Jaycees Young Educator of the Year Award in1994 and has been recognized by his fellow band directors in the Central District with the Award of Excellence.

In the fall of 2016, Ed was voted into the North Carolina Band Director’s Hall of Fame by his collegues.

Kiefer served on the committee that began the NAfME Mentoring program and continues to work with young directors as part the program.  He travels to band rooms to help directors all over North Carolina, last year working as a clinician at over 100 concert band rehearsals. Ed has served on the Board of Directors for the Central and Northwest District Bandmasters, the marching Band Committee, headed the Solo and Ensemble Festival for Central and Northwest District for 15 years, and founded and organized the Eastside Jazz Festival in Thomasville which featured premiere jazz talent from all over the country, attracting over 1500 visitors per year to the area.

Through Carl Fischer and C. Alan Publications, Kiefer has had over 40 commissions for band and for percussion ensemble, all of which have been published and many of which are on state festival (MPA) lists.  Several of his percussion ensemble pieces can be found on state solo and ensemble lists.  His publications, both for band and for percussion, have been performed world-wide and have been featured at the Midwest Clinic in Chicago. He was honored to perform on the conch shell with the service band at Midwest as they performed his “In Search of the Lost Colony” and his “Mountain Dance” , also performed at Midwest, received the best new piece for young band in 2009. Several of his pieces have been placed in Bandworld’s top 100 new pieces for band, including two in 2016, “Lannigan’s Ball”  and “Captive”.  “Cat and Mouse”, a percussion ensemble piece for youg band, was also performed at Midwest. His “Bluegrass Rondeau” for percussion ensemble received favorable reviews by PAS in Percussive Notes Magazine. In addition, several of his compositions have been chosen for the Editor’s Choice award by Pepper music.  Recently, Ed’s first jazz composition,“Street Funk”  (performed at Nafme convention 2016), has been accepted for publication and is available through Jazz For All Publications. He regularly guest conducts his music at clinics and concerts across the country, including guest performances at the state convention.