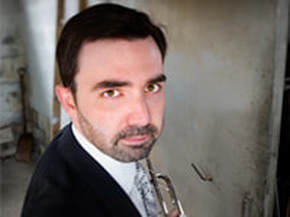 Gabriel DiMartino has performed as a member of The Wichita Symphony, The New Columbian Brass Band and the Doc Severinsen Big Band. He has been a featured recitalist, performing both jazz and classical music, at The International Trumpet Guild in Australia; Denver, Colorado; and Grand Rapids, Michigan. Gabriel has been an assisting artist in groups performing with Patti Austin, Allen Vizzutti, rock groups Chicago and Mannheim Steamroller, and other touring artists. He has recorded CDs as a soloist with The Syracuse University Wind Ensemble and with his father, well-known trumpet soloist Vince DiMartino.

Gabriel has also been a member of the summer faculty at Interlochen Center for the Arts and has presented master classes both there and at other institutions. He returns to his hometown of Danville, Kentucky, every summer to perform with The Advocate Brass Band at The Great American Brass Band Festival.

Gabriel was a frequent recitalist and member of orchestras, big bands and chamber ensembles in the central New York area where he lived. He also served as adjunct professor of trumpet at Syracuse University. He is a graduate of The Interlochen Arts Academy, DePaul University, and Wichita State University where he was a graduate teaching assistant and received a master’s degree in trumpet performance.
​
Gabriel now teaches at East Carolina University where he is assistant professor of trumpet.