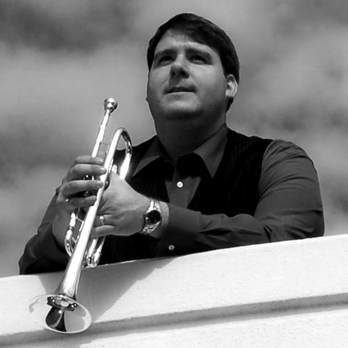 A native of Graham, Luke Boudreault is a Solo Cornet with the North Carolina Brass Band. He is also the Principal Trumpet of the Western Piedmont Symphony, with whom he performed a concerto in 2017. Additionally, Boudreault is the Principal Trumpet of the Salisbury Symphony Orchestra and is a founding member of da Capo Brass. He is a Delos recording artist, where the album, From the Beginning, premiered in the top ten of the Billboard Classical Albums Chart. He is a former finalist of the International Chamber Music Ensemble Competition and has performed solo recitals domestically and abroad, recently presenting works for trumpet and organ at the Boardwalk Hall arena in Atlantic City which houses the world’s largest organ. Boudreault is an advocate for newly composed music, having commissioned and premiered several published works for trumpet and/or brass ensemble by a variety of symphonic, film, and sacred music composers at new music festivals.
​
Boudreault earned the Master of Music degree from the University of North Carolina School of the Arts and the Bachelor of Music degree from the University of North Carolina at Greensboro. Boudreault is also a banking professional and enjoys an active volunteer schedule in the community. His spouse Mary is a professional hornist and music educator, and their daughter Molly is a budding concert violinist and percussionist.