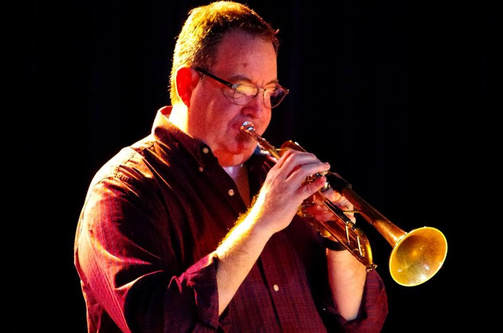 Triad native Rusty Smith can frequently be seen and heard in the horn sections of the Four Tops and the Temptations and in the trumpet section of the Winston-Salem’s Camel City Jazz Orchestra.  He has performed with such artists as Denny Dias (founding member of Steely Dan), Aretha Franklin, Frank Sinatra Jr., Olivia Newton-John, Franki Valli and the Four Seasons, the Spinners, Steve Lawrence, Bernadette Peters, the Charlotte Symphony Orchestra and many others.

Rusty has toured both in the US and abroad with the Ray Charles tribute I Can’t Stop Loving You, the world premier tour of Ziegfeld: a Night At The Follies, the Motown Christmas Spectacular, the Motown Legends Tour, and Blue Skies Golden Sands with the North Carolina Symphony.  From 1997-2005 he was the trumpet player for the Louise Mandrell Theater in Pigeon Forge, TN and has recently performed in the pit orchestras for national touring company shows including Anything Goes, Motown the Musical and Matilda.


Rusty’s solo CD Oceanfront was released in 2002 and is available on iTunes.  His television appearances include “The Road” with the Four Tops (PBS), “The Louise Mandrell Celebrity Shoot” (TNN), “Motown Live” with the Four Tops, Gerald Levert and Anastacia, and Lee Ann Womac’s Christmas Special (GAC).  He can also be seen on the Four Tops 40th Anniversary Special DVD.

For more information please visit his website at www.rustysmithmusic.com.