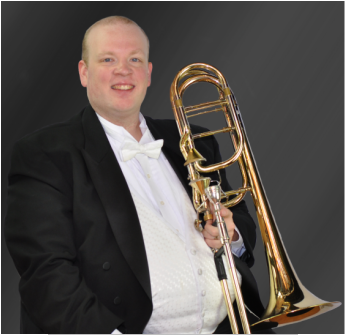 In 2002 Sean won the position of principal trombone in the annual National Wind Ensemble, hosted at Carnegie Hall.  In the summer of 2003, Sean was the principal trombonist of the Catania International Festival orchestra in Catania, Sicily.  He has twice been a finalist for the International Trombone Association's Lewis van Haney competition and is a past winner of the UNCG Concerto Competition.

In addition to playing the trombone, Sean is a bagpiper with the Jamestown Pipes and Drums based out of Jamestown, North Carolina.